Do we truly need God now more than ever? The answer may surprise you!

Do We Need God Now More Than Ever?

Honest answer? I don’t think so.

Whoaaaaaa, you say. Aren’t you the lady who preaches and talks about the importance of teaching your kids about God?

So why in the world are you saying we don’t need God now more than ever?!

Well, the answer is pretty simple.

Notice how I’m not saying that we don’t need God – we do! He knows we do. If you take away anything from this, I pray that it is that!

I wanted to put the emphasis on the “now more than ever.” We always need God.

He doesn’t just give us life, He is the source of life. When we are in a relationship with Him – reading His word, in prayer, and in tune with the Holy Spirit – that is where we find our purpose for each day.

What I’m saying is we don’t need Him now more than ever because we have always needed Him.

People needed Him thousands of years ago just as much as we need Him today. Even with all that’s going on in the world, as we’ll see in a second, sin has been in the world a long time – it ain’t new!!!

So what exactly makes me say that we don’t need God now more than ever?

Let’s bring it back to scripture, as we should always do, and look at two reasons why…

1. God Is The Same Yesterday, Today, And Forever

Reason one why we don’t need God more today than ever… because God doesn’t change!

Now, do we always take advantage of this need? Not necessarily.

There are seasons of life where we aren’t as in tune with the Holy Spirit, struggling to hear Him, feeling distant, etc.

But has He changed, or did we? I’ll tell you right now, we can know for certain that He didn’t!

If you believe that everything that God says in His Word is TRUTH (which we all should as Christians) then it says it right here in God’s Word.

He tells us that He is the the God who is, who was, and is to come, which is still true today.

We don’t need Him more because we have always needed Him the same, and so did the people who lived before us.

That brings me to the next point…

2. Bad Things Happened Then And They Happen Now

All those people who lived thousands of years ago, and even a hundred years ago… yeah, they needed God too! The same way that we need Him today.

Some people say (and I have been guilty of this too), “Yeah, but sin today is different. It’s worse than it was before.”

Let me tell you, SIN is not a new concept – sin entered the world from the beginning, back in the garden of Eden.

From that moment forward, there was separation between God and man, and it wasn’t until He sent His Son, Jesus Christ to die on the cross for us, that a way was made for us to be reconciled back to Him.

Things were just as bad then as it is now, it just looks different. Same sin, different look.

Let’s look at different types of sin: lying, adultery, using the Lord’s name in vain, murder, sexual immorality… those are things that happened then and happen now!

Think of people in the Bible, in the past…

David slept with another man’s wife and then had him killed at a battle HE should have been at himself.

The Israelites time and time again complained and grumbled, and made false idols.

Don’t we still see those things today? Just in a different way, right? We need God now JUST as much as they did back then.

Are We Getting Closer To Jesus Coming Back?

Yes, I think things are happening quicker. We are seeing a lot of biblical things coming to pass and at a quicker pace.

Something that we should consider though, is that social media plays a HUGE part in this… they didn’t have instant access to news back then like we do now. So things that happen are known INSTANTLY!

But I think we can take such comfort in that God doesn’t change based on how the world is.

The world is constantly changing, but He stays the same!!

Ultimately, NO ONE knows when He is coming back, but we are called to be watchful and “actively waiting” so we are ready for Him!

Why We Don’t Need God Now More Than Ever

God is the same yesterday, today, and forever, and sin has always been in the world – so we need Him the same now, not more or less, as people did thousands of years ago!

I pray that you were encouraged by this today, that our God is a worthy God and doesn’t change… ever!

There is no life apart from Him, and I pray you lean into Him daily! <3

What are your thoughts on this? I’d love to hear from you in the comments, or email me!

Mindy is a Christ-follower, loving wife, and stay-at-home mom. She is the creator of Mindy Jones Blog, which was listed as a Top Christian Mom Blog in 2021. Her mission is to guide Christian moms in being more intentional in their faith, family, and homes with practical tips and authenticity! Her heart is to inspire moms to be fervent in raising children who love the Lord, offering tons of resources and activities to do so.

This site uses Akismet to reduce spam. Learn how your comment data is processed. 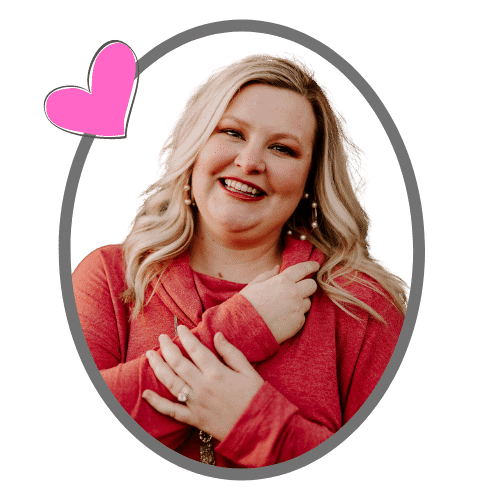 Christ-follower, loving wife, and Momma. This is your go-to Christian mom blog! My mission is to help guide women in becoming more intentional in their faith, family, and home with practical tips, encouragement, and authenticity!